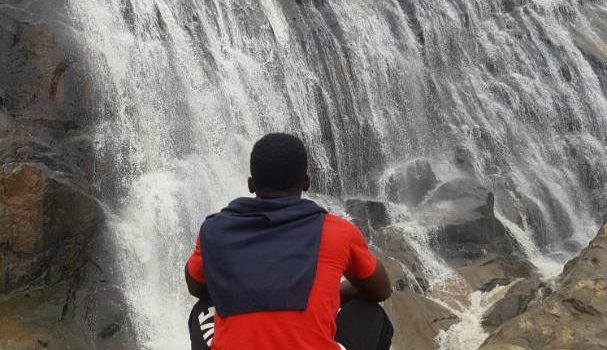 In our last Waterfall post, we explored the Erin-Ijesha (Olumirin) Waterfall. In this post, we will be sharing the Farin Ruwa Waterfall. 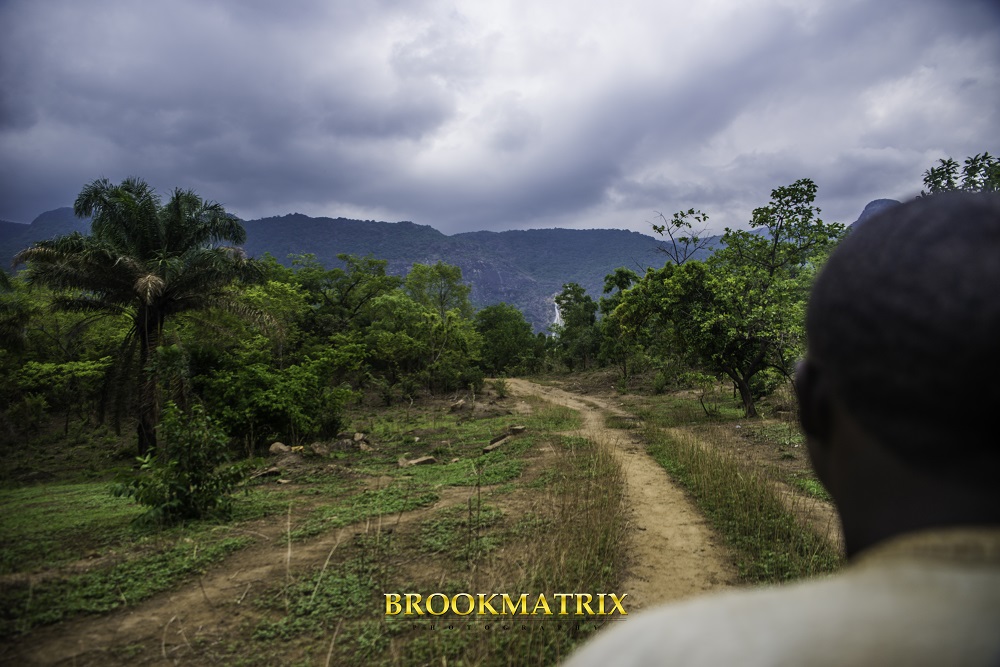 Farin Ruwa, which means white water in Hausa language is located at the boundary of Wamba LGA of Nassarawa State and Bokkos LGA in Plateau State.

My name is Emmanuel Musa and I will be sharing my experience from my recent visit to this magnificent beauty in the North. 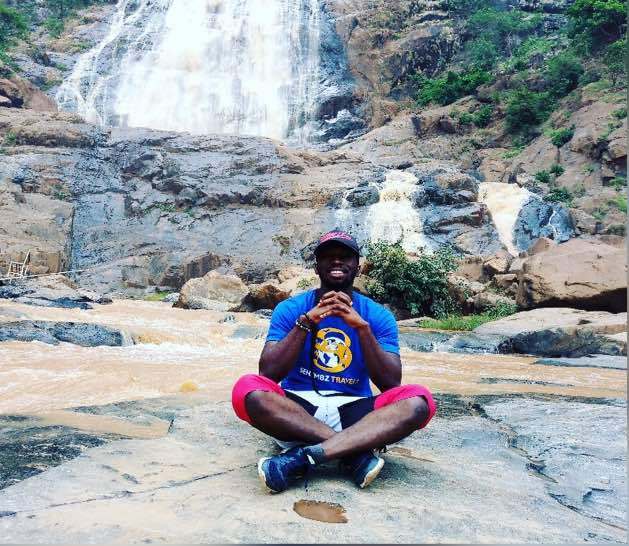 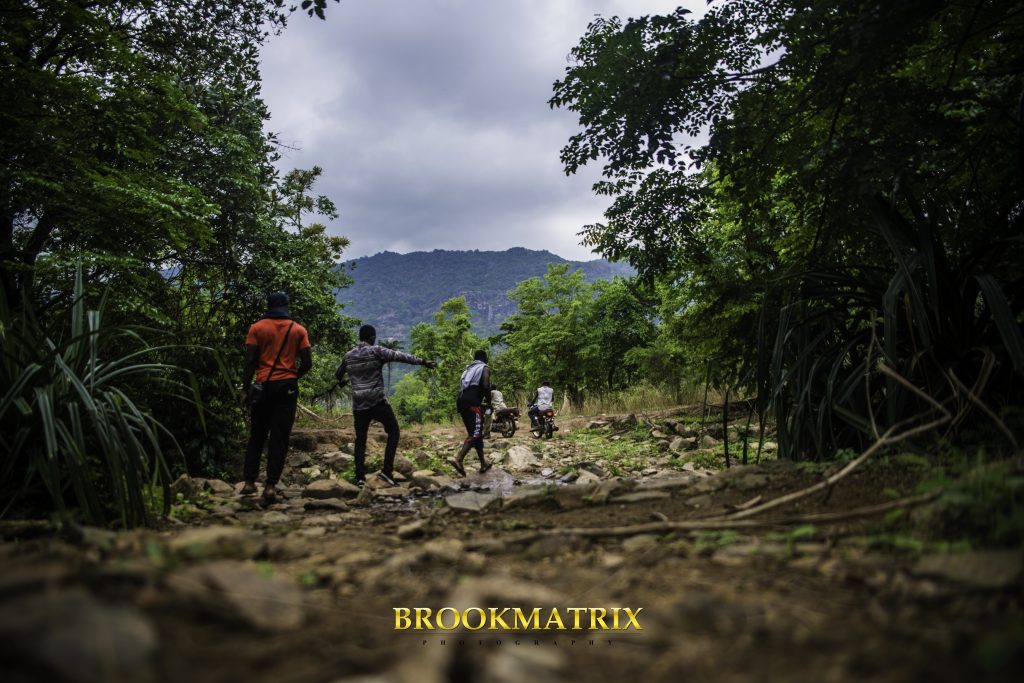 If you have never seen a Waterfall then you may not appreciate what I am about to say but if you have then I’m sure you will go…’Yes, I feel you!’ 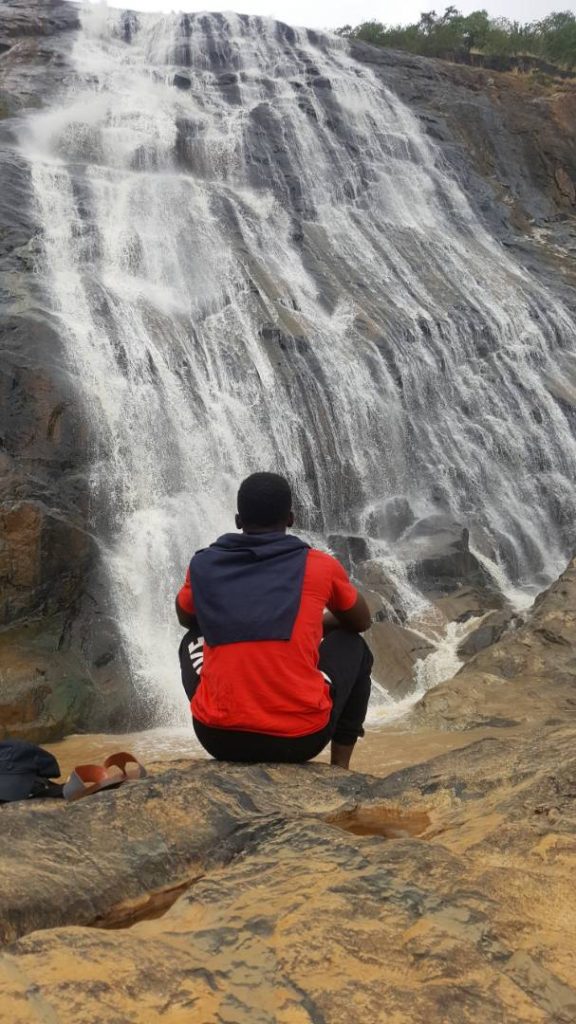 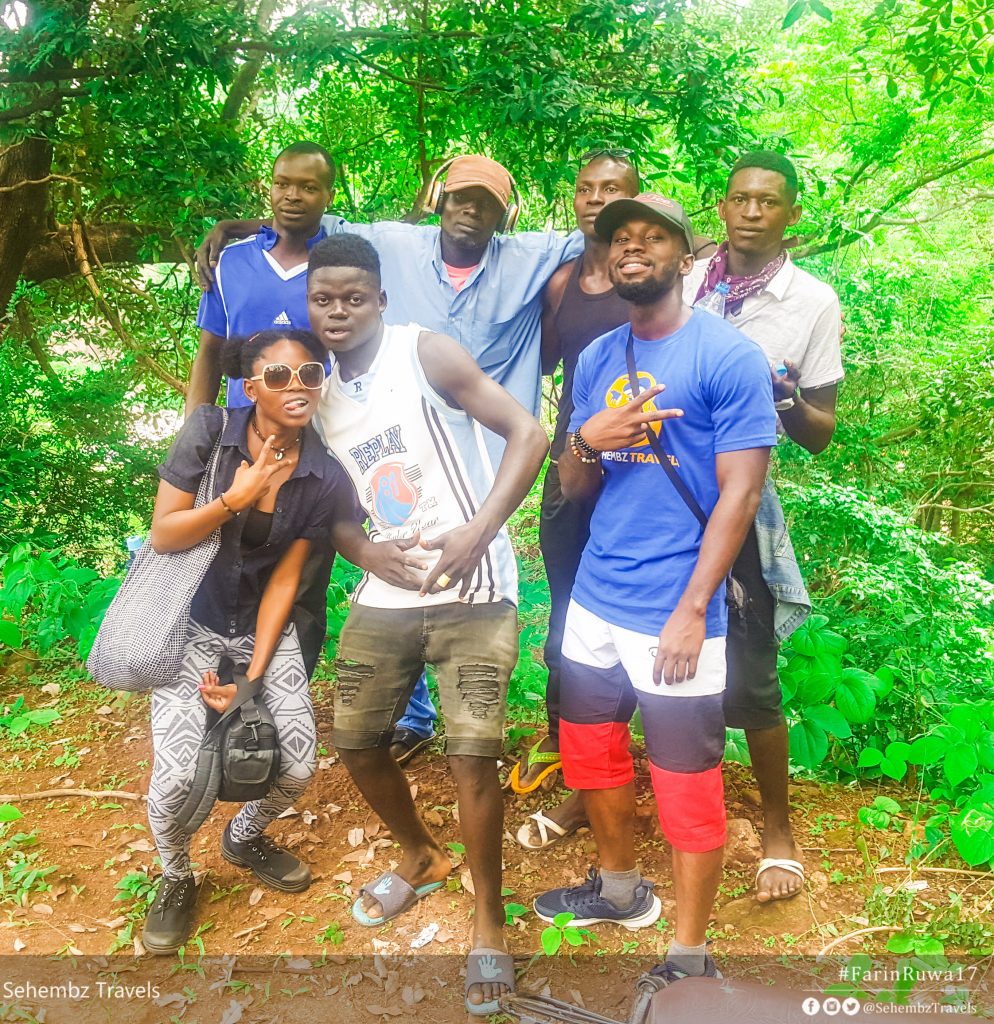 There is something so surreal about waterfalls. The idea that water cascades from such height, flowing down to the trenches below exudes a soothing feeling which is why when I got whiff of an opportunity to explore a waterfall, I grabbed it with both hands & feet. The waterfall to be explored this time was the one so graciously termed Farin Ruwa in the local dialect which translates to “White Water” and gives credence to the beauty holed up high in the mountains surrounding this vicinity.

I joined a group tour of 10 and our take off location was Abuja. It was a public holiday in Nigeria and the roads were very free which made for a pleasant journey. The journey from Abuja to Wamba took an hour and the half. We arrived at a junction with a little sign post that said “Farin Ruwa waterfalls” and had an arrow pointing us in the direction of the waterfall. In our minds, we used “city” mentality to calculate that the waterfall was just about 5 minutes away but we spent another 40 minutes driving on an un-tarred road before finally getting to the last village before the waterfall. That was as far as our vehicle could go and the next means of transport were motorcycles popularly known as “okada.” Fun fun fun! Speak of planes, trains and automobile ?

After haggling with the motorcycle operators (okada riders to most of you) concerning the price, we paid 1,300 Naira for 2 persons on one motorcycle – this was covered by the travel company which organized the tour, we endured another 15 minutes of a bumpy ride through uneven and rocky terrain (sometimes having to stop & walk on foot because the okada had to navigate a tricky part of the road) before final arriving at the base of the waterfall.

While on the motorcycles, we saw monkeys in the thick vegetation and the locals said big gorillas (think planet of Apes) have been spotted at the top of the waterfall although there is no pictorial evidence to support this claim. That was also the last stop for the okada men and we had to complete the rest of the journey on foot. It was a short 15 minutes hike to get to the waterfall itself and the path was strewn with worn out staircases. Unfortunately there was no tour guide at the waterfall and we were left to explore the fall all on our own.

Being the ever adventurous person, my first aim was to get as close as possible to the waterfall and I immediately began climbing and jumping through various rock formations and riffs till I achieved my goal. It was such a peaceful moment just sitting by the waterfall and watching the water roll down with so much force. It wasn’t long before I was drenched due to my proximity to the falls. I definitely had to dip my feet in the water and it was quite cold and the rocks beneath were very slippery (At this point, I thought about all the stories I had heard about mermaids and waterfalls and I quickly removed my legs from the water lest I feel something taking hold of my legs and drag me to the world unknown underneath the waterfalls – my imagination at work).

I again stretched my imagination and wondered what it will be like at the top of the waterfall where the water was flowing from. Thankfully, my adrenaline levels weren’t up for the challenge of somehow navigating the vegetation around the fall to get to the top but I definitely thought about it and in my head, I got up there.

Exploring the area below the waterfall, we found a python tucked between some rocks and one of the locals who made the trip with us said it was “resting” after having a heavy meal. My thoughts were with the family of the prey it had just consumed. Save for the waterfalls itself, there is no other activity within that vicinity although some birds eavesdropped on us. There are plans by the state government to turn it into a tourist attraction with a golf course and other amenities. We just hope it is not one of those laudable projects that are always spoken about during re-election season.

Farin Ruwa Waterfalls is one of the highest waterfalls in Nigeria and also has a significant say among waterfalls in Africa when the total height covered by the waterfall is considered as the water is estimated (estimated is the key word here) to drop from a total height of 492 ft. which is about 150 mtrs, this is the length Usain Bolt runs in 9+ seconds multiplied by 1.5, sorry if you thought you’ll never need maths in your life, now you need it!

This would include wearing very rugged boots/sneakers as the rocks are quite slippery and someone on our tour group actually fell into the water while trying to jump from one rock to another. It made for a good laugh when he came out all drenched and we jokingly said he had been baptized and was now a bonifade son of the soil. An insect repellant will come in handy too along with a big bottle of water as the trip can be quite energy sapping especially while walking from the entrance to the waterfall.

I definitely enjoyed my day trip to Farin Ruwa Waterfalls. Would I be going back? Yes IF the government proceeds with its plans to make it a tourist attraction and provide other activities. Just imagining kayaking down the water trenches of the waterfall. Pure bliss for an adventurous spirit like me! 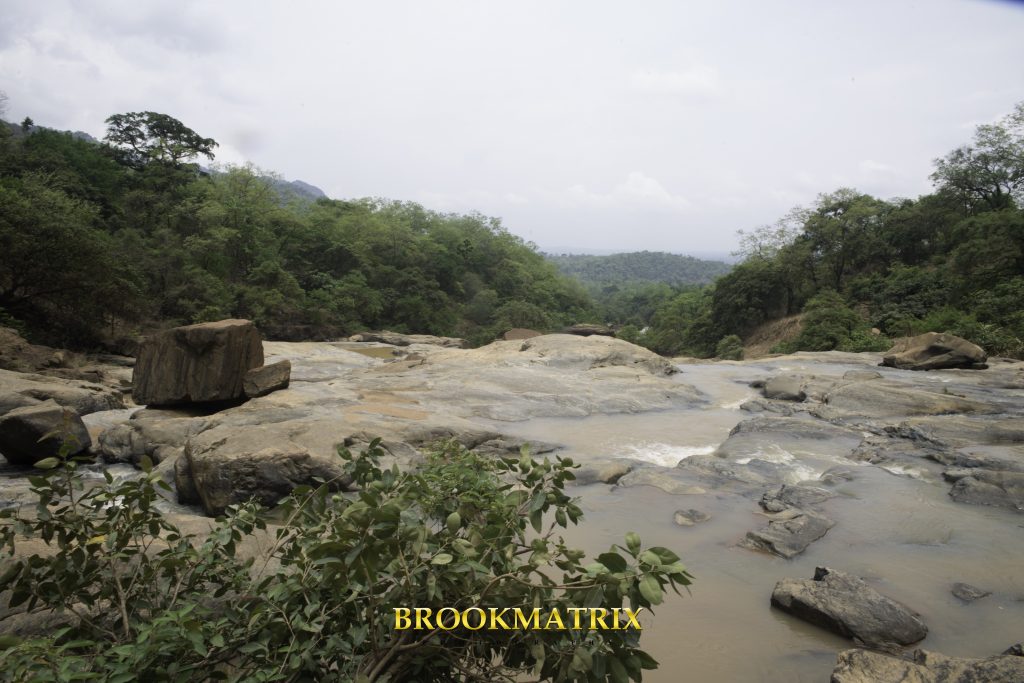 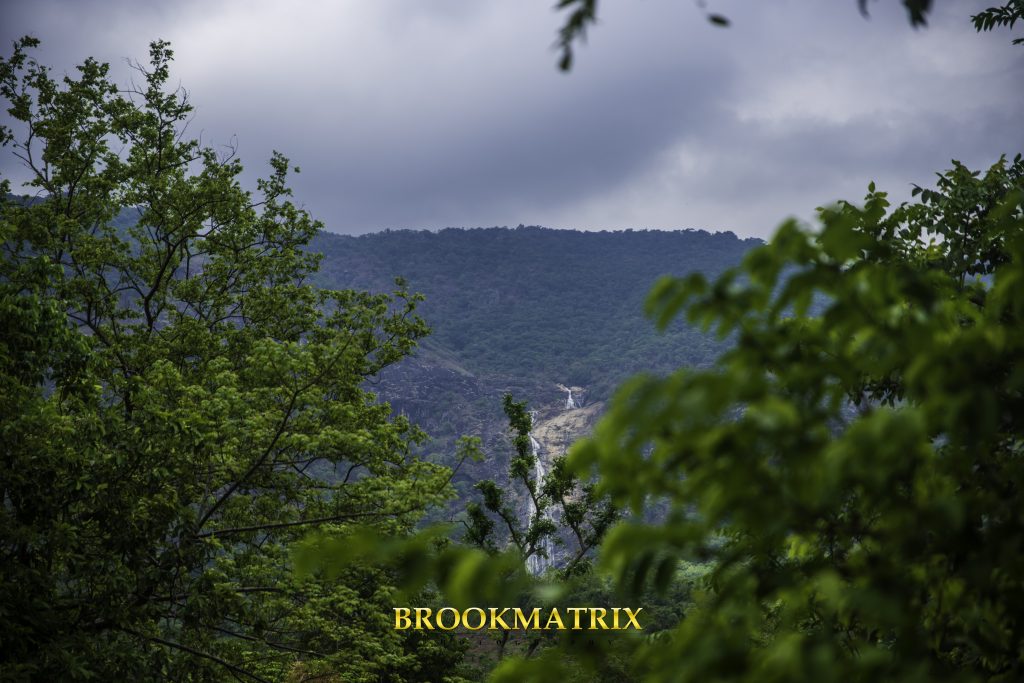 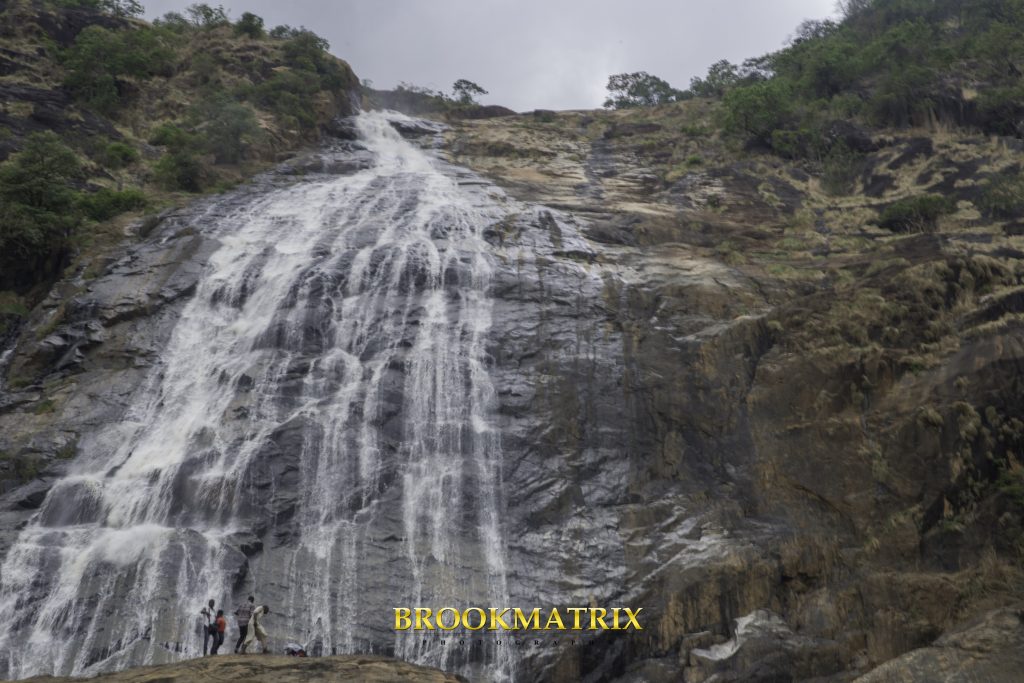 Emmanuel Musa is a travel enthusiast who tells creative stories through his travel adventures. When he is not working at his day job as a Data Analyst, he is looking for new places far & near to explore. He blogs at www.journeymanrocks.wordpress.com.