Hello, I am a budding photographer and recently started sharing my shots of Makoko on social media, it caught the attention of VisitNigeriaNow who asked if I’d like to share these images as a blog post. Of course I said YES!!!!!! So here we are with me sharing my experience of Makoko in words and pictures.

Makoko came to be in the eighteenth century when people from the Egun tribe decided to settle down on land close to the Lagoon, as the population grew, Makoko community extended to the lagoon. Present day Makoko is a community of six villages spread across land and water. They are Yanshiwe, Adogbo, Migbewhe, Oko Agbon, Apollo and Sagunro, the first four villages are on the sea and the other two on land. In Makoko, Yoruba is the lingua franca. 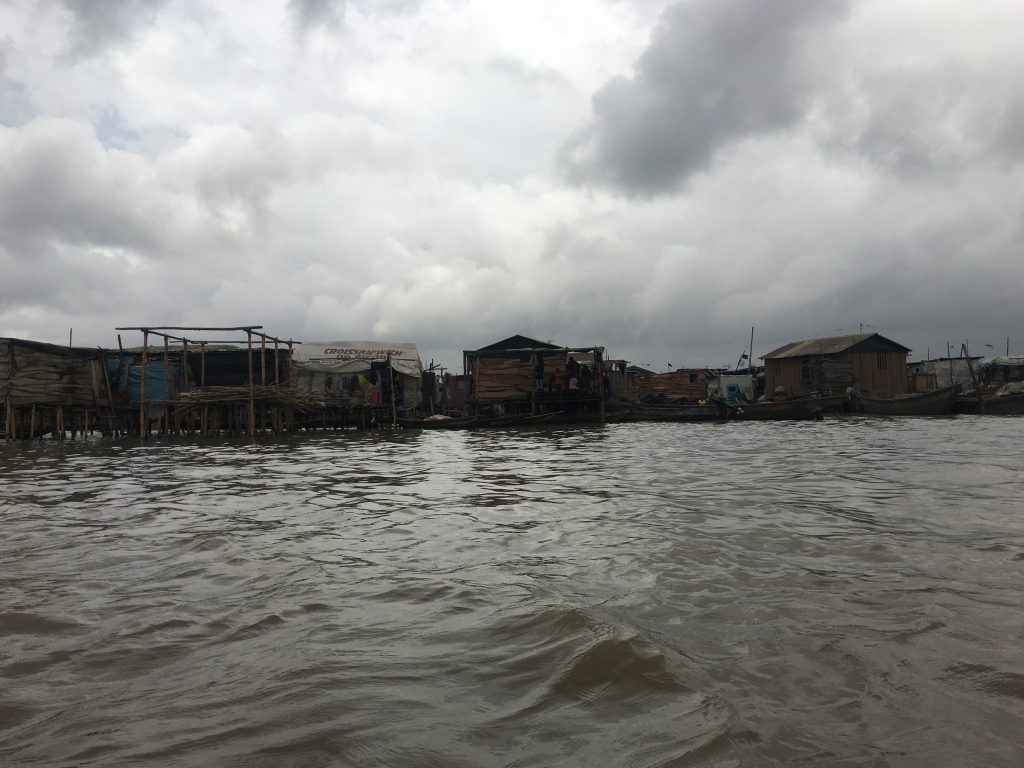 On the 16th of July 2012, the process of the demolition of Makoko houses began, on the 21st of July, the demolition workers allegedly set fire to the building and police officers allegedly shot indiscriminately killing one resident and making Makoko residents wary of strangers. A plan for development has been submitted to the state government but has not been implemented as of date. 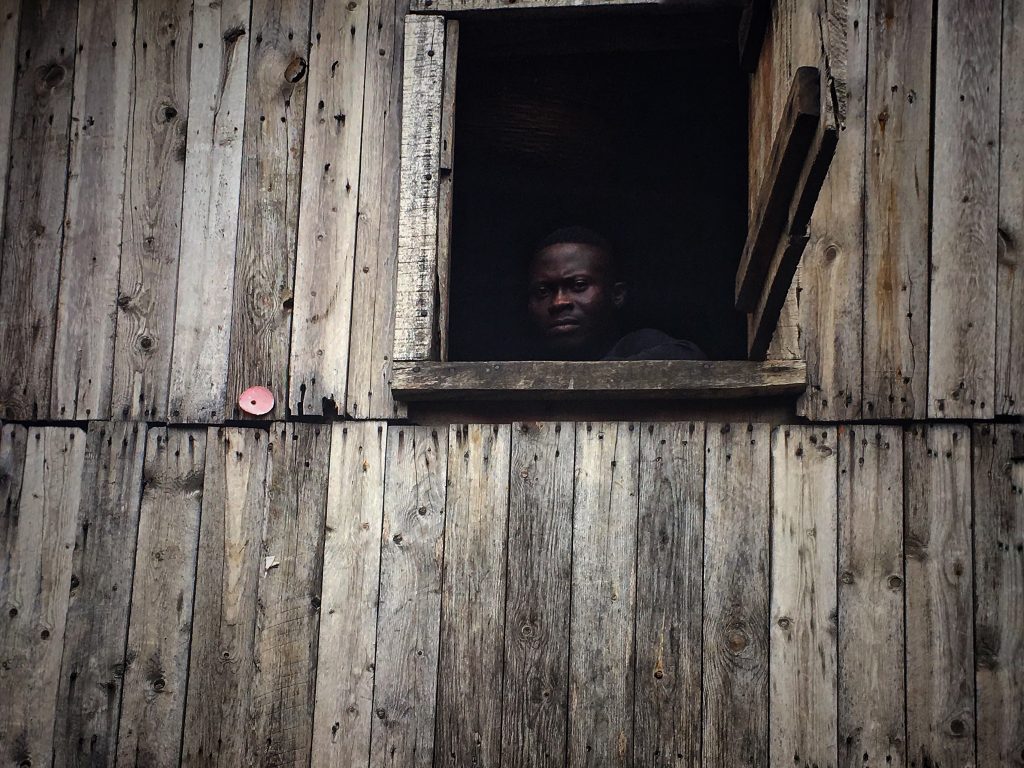 I haven’t really visited other places because I only just started photography a month ago. I am a student of University of Lagos and have glimpsed the community from afar many times and as an aspiring photographer a place such as Makoko with so much history as well as controversies sparked my interest or maybe the story of how four year olds paddled a canoe easily, I’m not a coward but the fear of water is the beginning of wisdom, and I wanted to know what makes those children so impressive, let’s say I was trying to conquer my fear. That was how and why I packed my bags and headed out to a shanty, not just a shanty, but, the world’s biggest floating slum, MAKOKO. 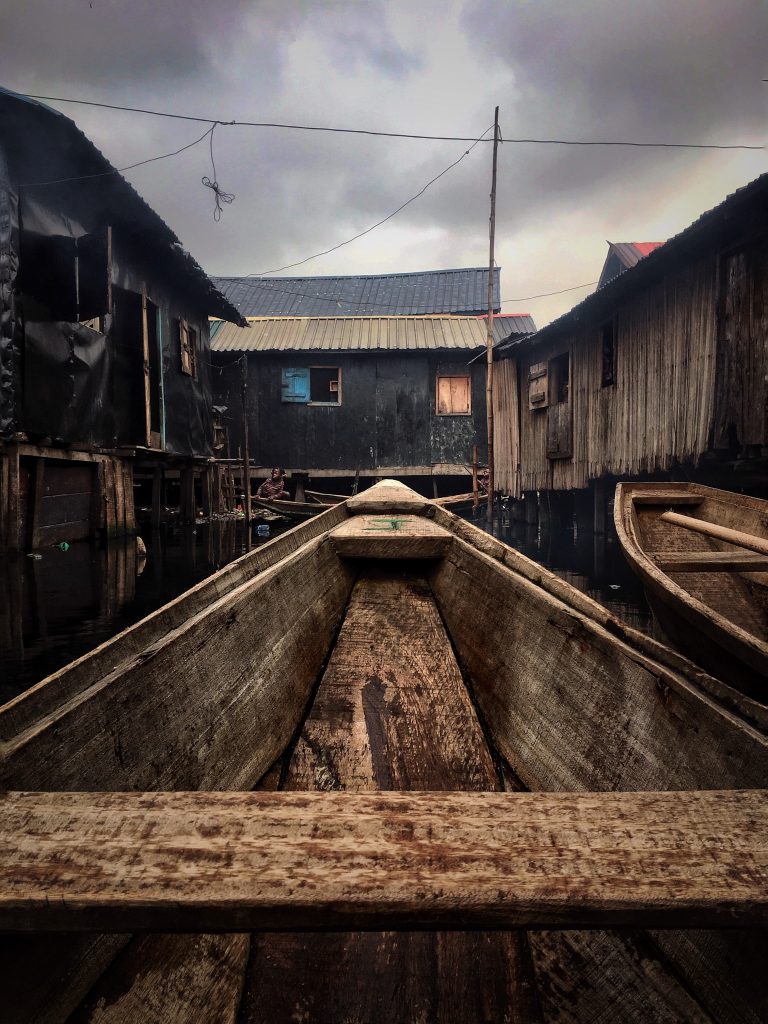 DIRECTION? From the famous Yaba, board a bus to Obalende. Alight at Adekunle junction and cross to the other side of the road.

What signifies the entry into Makoko? A large sign that welcomes people into the community of Makoko, a few impressive houses, the police station, a market, and a few corporate buildings. Most of Makoko is on the lagoon and I came to view MAKOKO ON WATER. 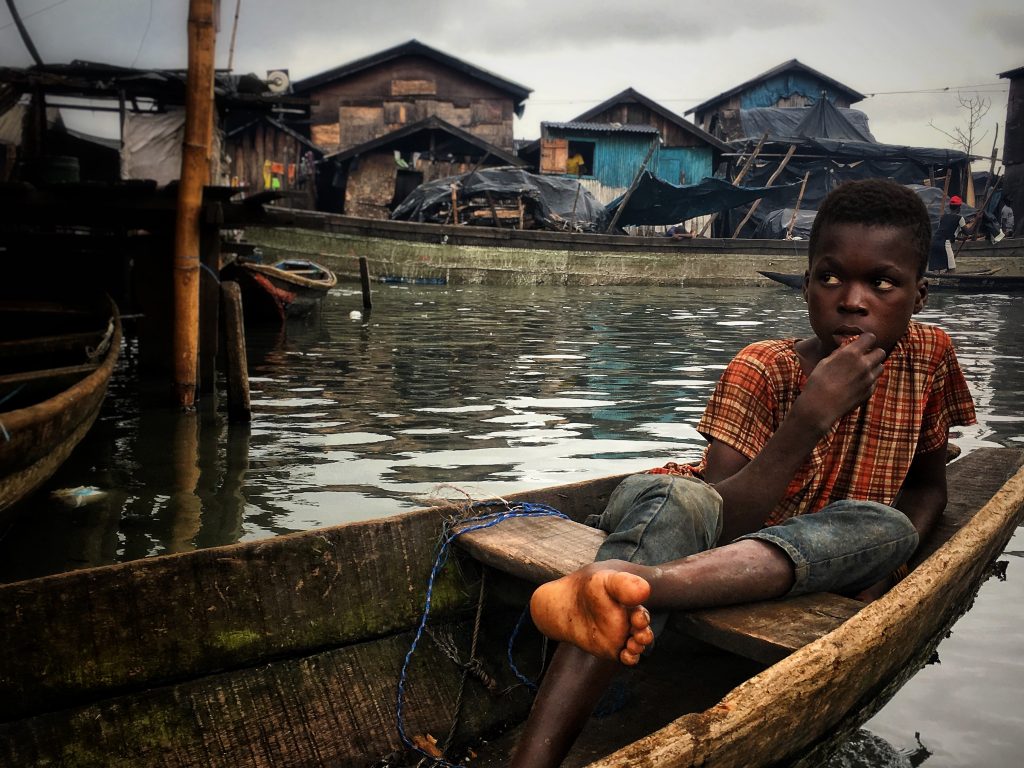 On the 30th of August, my friend Moriam and I set out to the docks and we were met by children younger than us offering to be our tour guides, Moriam was wary about being canoed by kids as she feared for her life and so was I, and as a true land woman she wanted a person with experience etched on his forehead. We all know that people like that are busy earning a living, we reached a compromise and we met our tour guide, PATO.

PATO was around our age range and he assured us that he knew the sea like his palm. Pato, our tour guide, refused to fix a price and he canoed us for two hours. It was difficult taking pictures of the people of Makoko because as I mentioned earlier they are wary of strangers and complained in the Egun language. However, Pato shouted back in the language and convinced them to take pictures and welcome us into their society and the good soul Pato encouraged us to take more pictures without fear. At the end of the ride we gave Pato a meagre fee of two thousand naira. In the jumble that is the dock, Pato came with his boat, and wondering, I asked how he could identify his boat amidst the jumble. He laughed at my question and asked how we were able to know our cars and showed me his signature at the side of his boat and he pointed out other boats with the owner’s signatures on them. 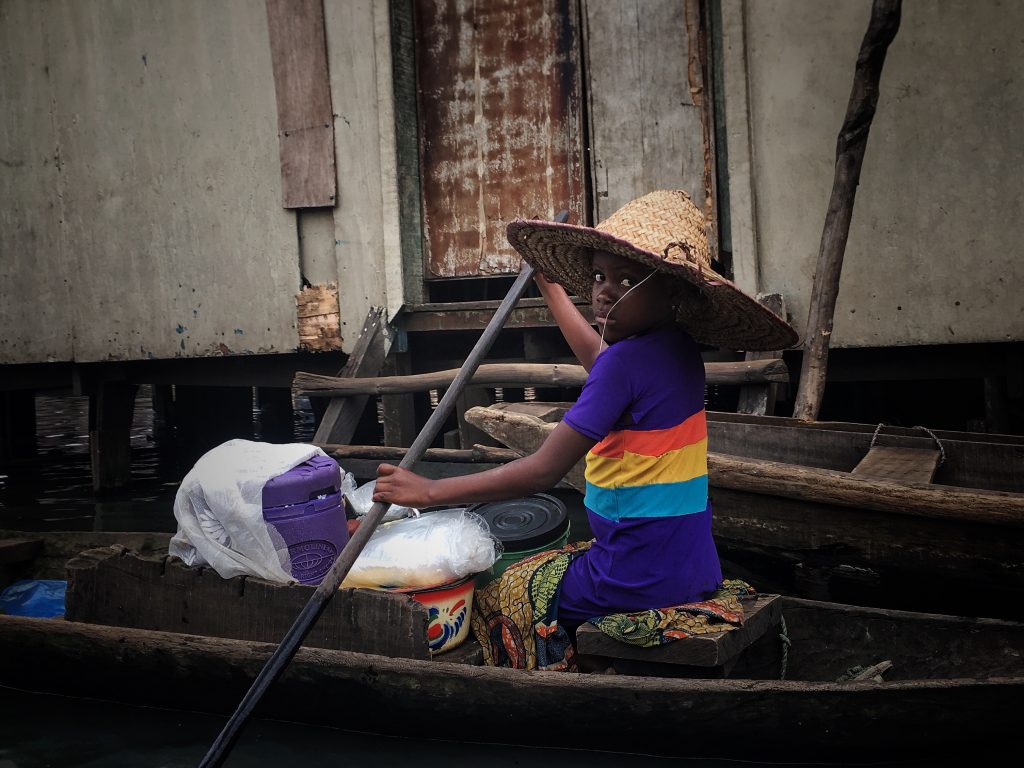 I went to Makoko to learn, perhaps with pity in my mind but I learnt at Makoko. Below is a picture of a woman rowing with one hand while the other clutches her baby tightly. Lesson, I learnt tenacity and not giving up, not forsaking one thing for the other as both are equally important. I noticed that much more than family, on the lagoon camaraderie is important and that bonds are not made just because of blood but because be it sand dredging, fishing, they live, eat and survive together. Unlike land where posts are important, on the lagoon there is nothing like rank and a person is respected because of his hard work. The most important thing, however is that not minding the obstacle, the odds, the insults levelled at these people the one thing to admire is their fighting spirit. THE SPIRIT many of us have forgotten, the spirit of Africans, the SPIRIT OF A FIGHTING PEOPLE. 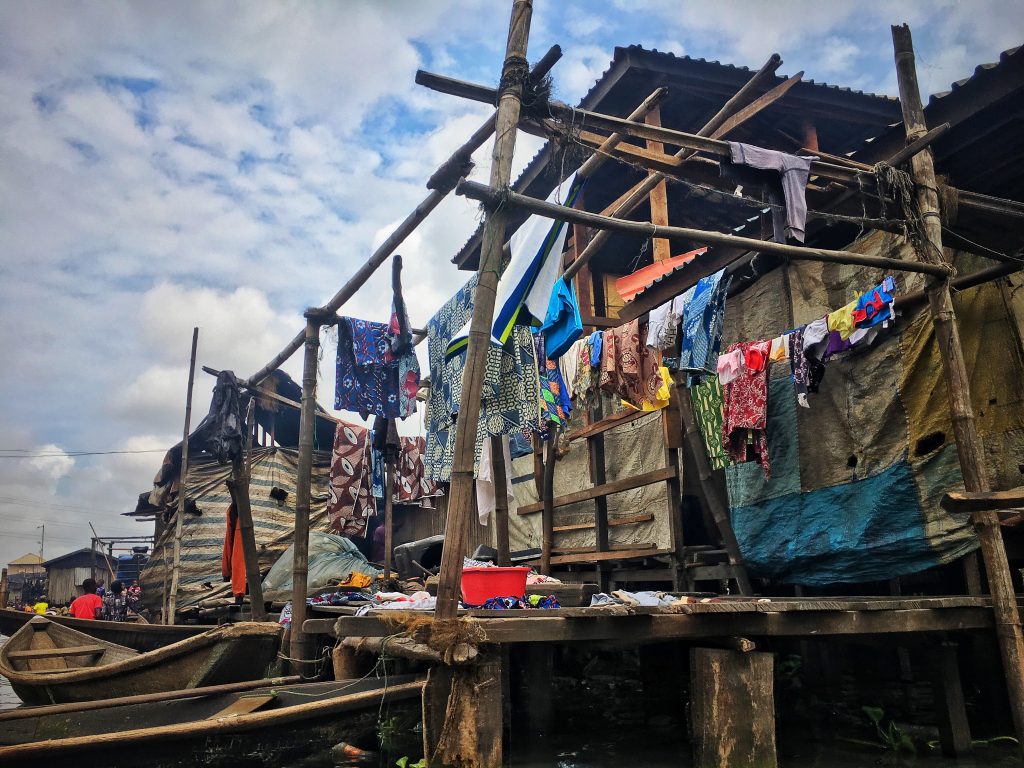 WHY SHOULD YOU GO?

MAKOKO doesn’t have a beautiful beach, the water is greyish black, it does not have a splendid hotel or special cuisine. What it does have, is something Venice, not even Maldives can provide, it has a special people, it is the face of a new life, a new race, the time of a fighting people. It is not an historic site but an historic site in making, and visiting that place makes you a part of that history, takes you out of your comfort zone and teaches you what life is.

A person asked why they are special, I said, they do not depend on their knowledge, prowess or skill, but that covenant that as a newborn they made with the sea. 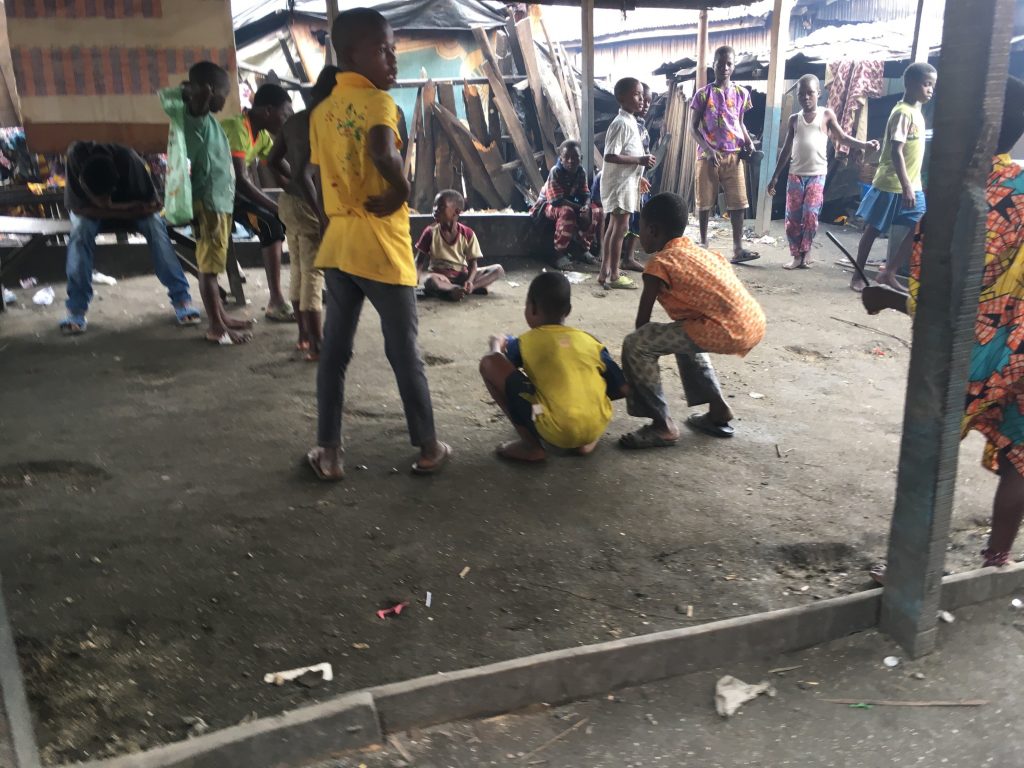 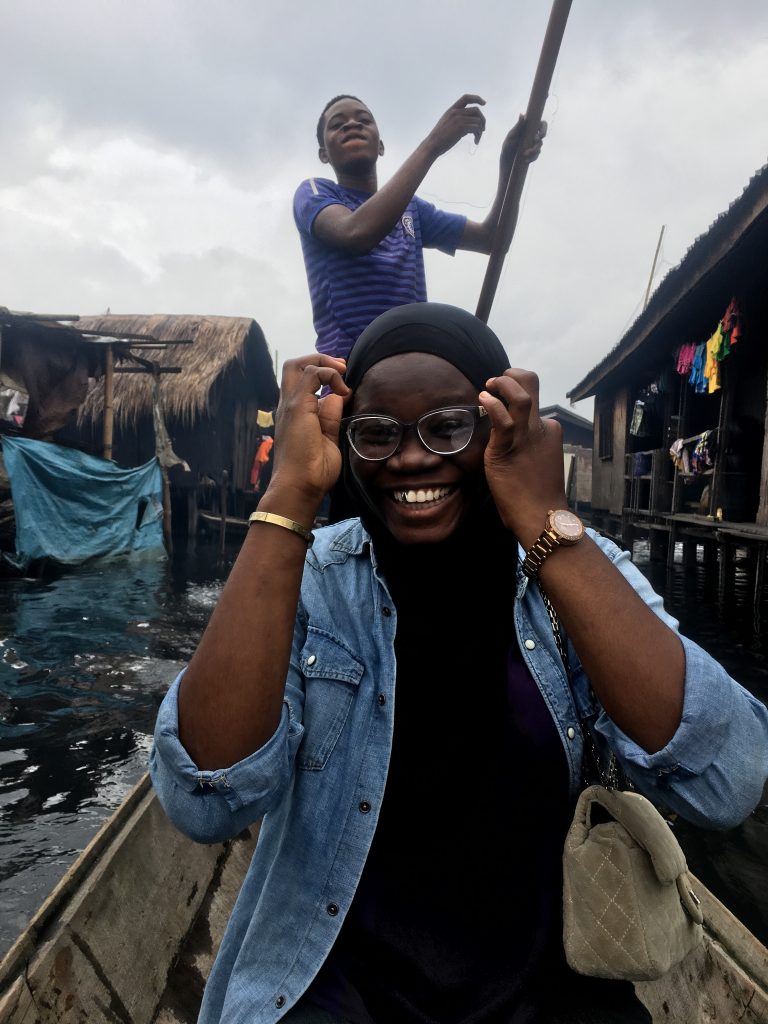 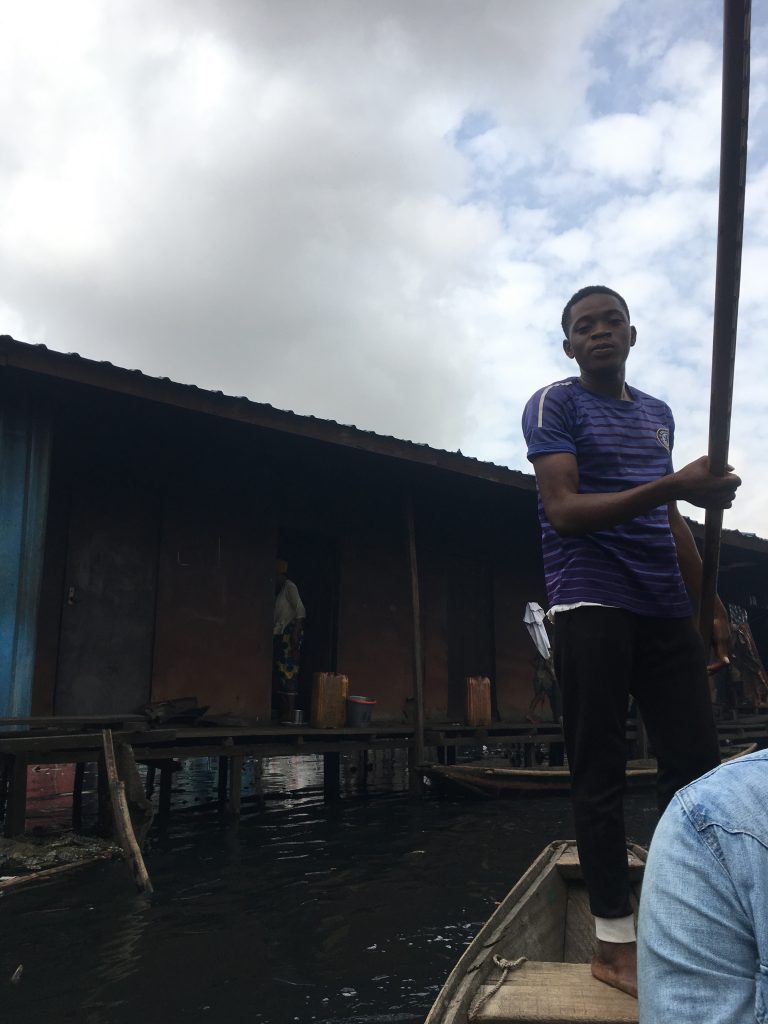 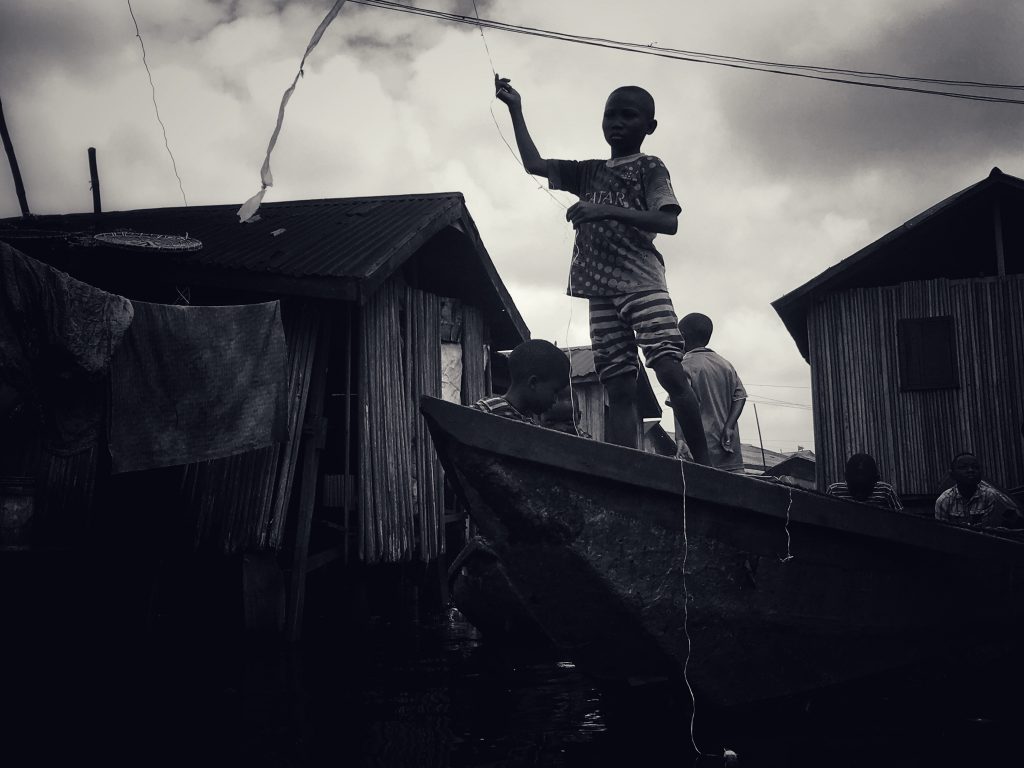 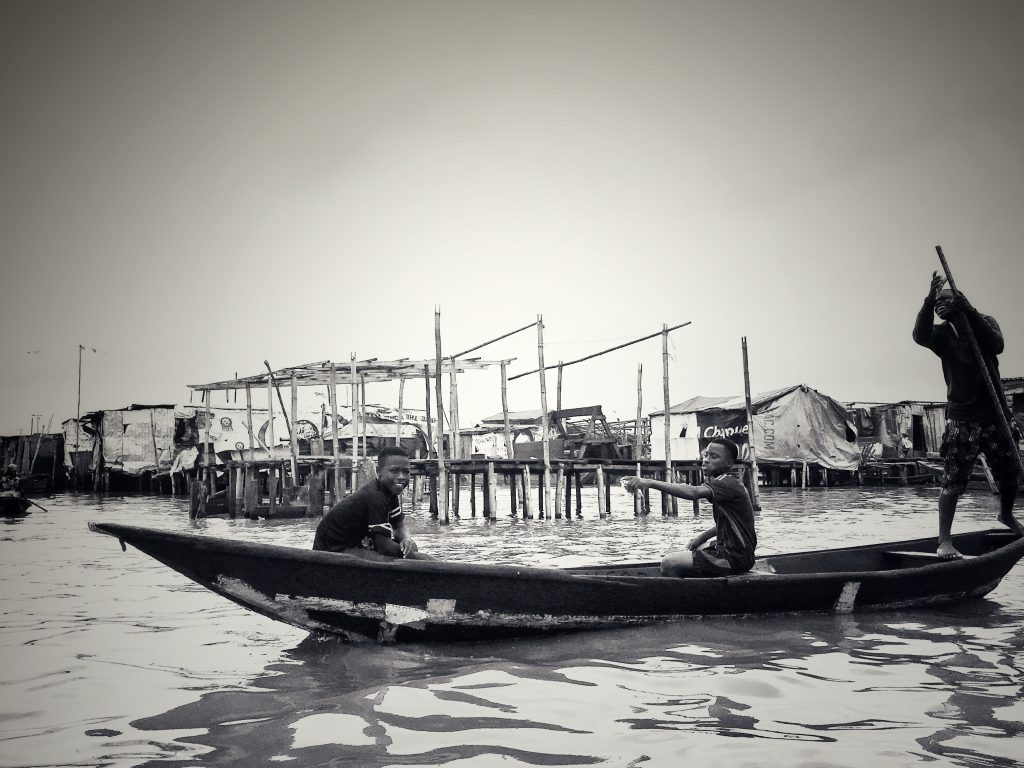 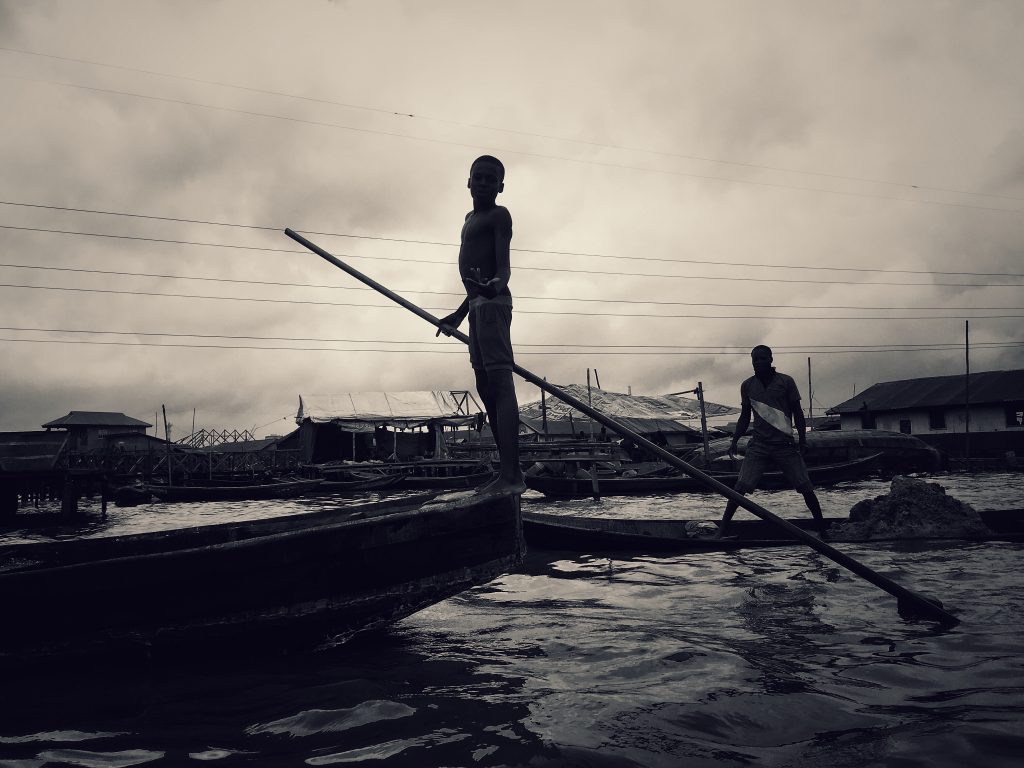 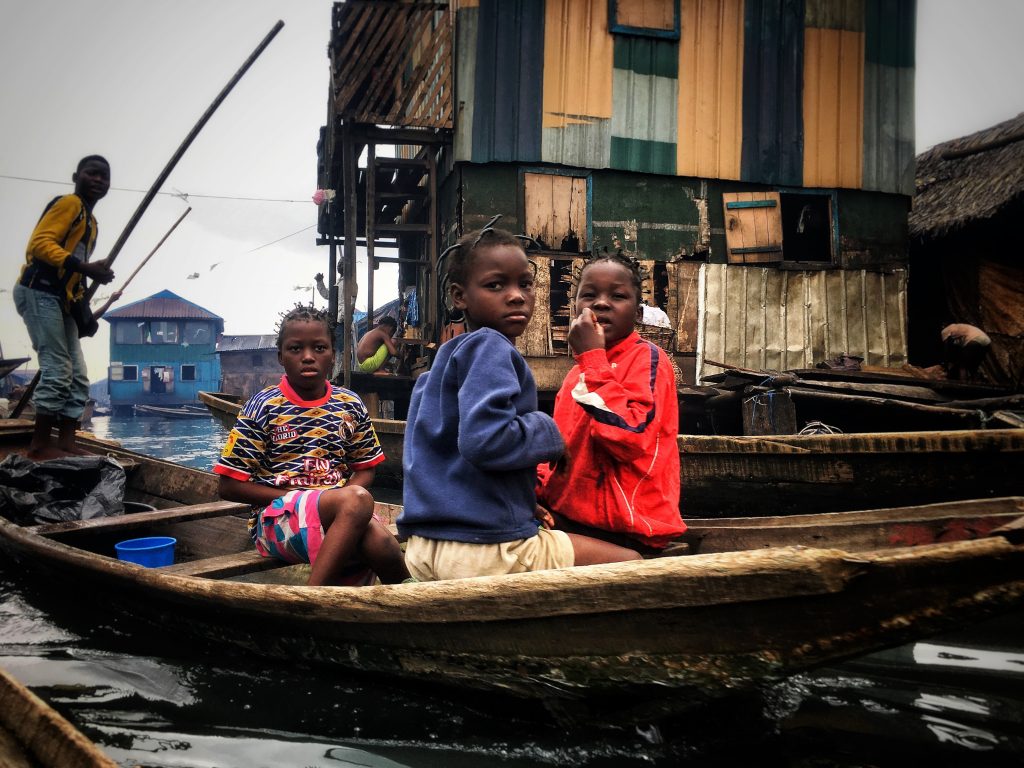 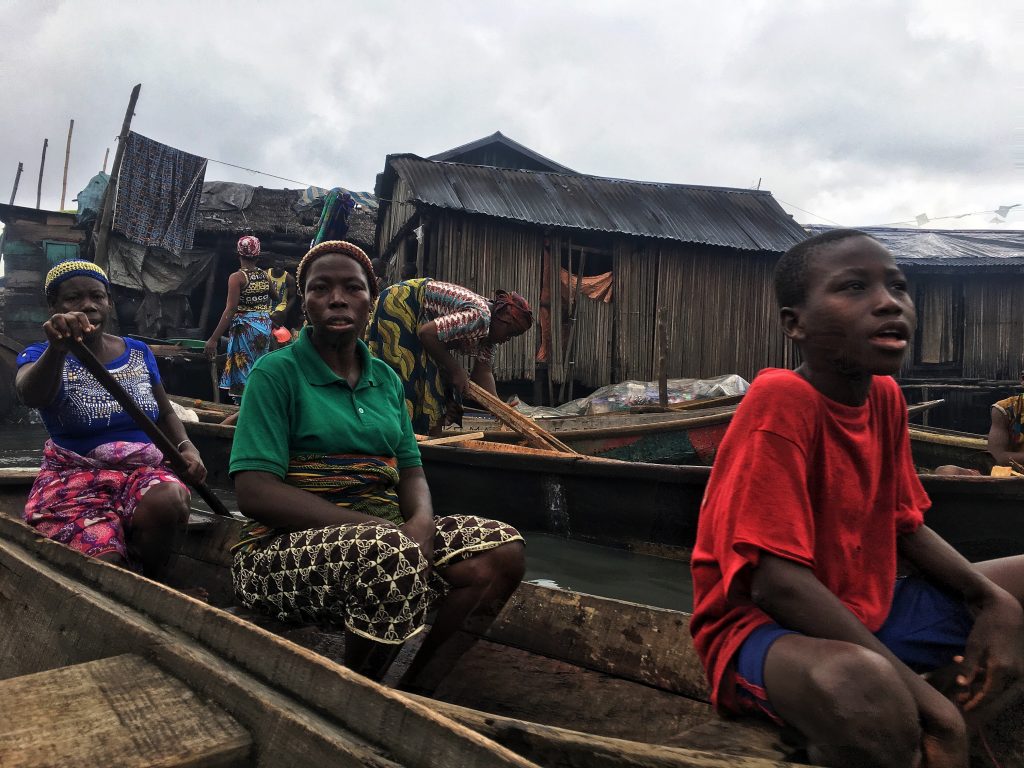 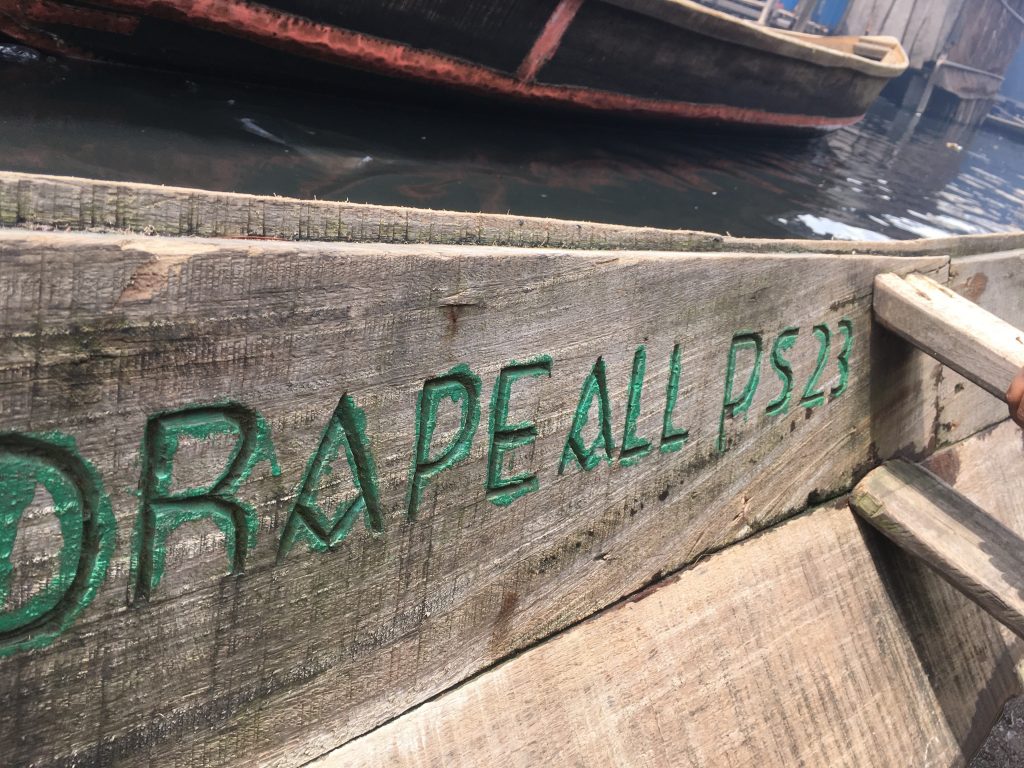 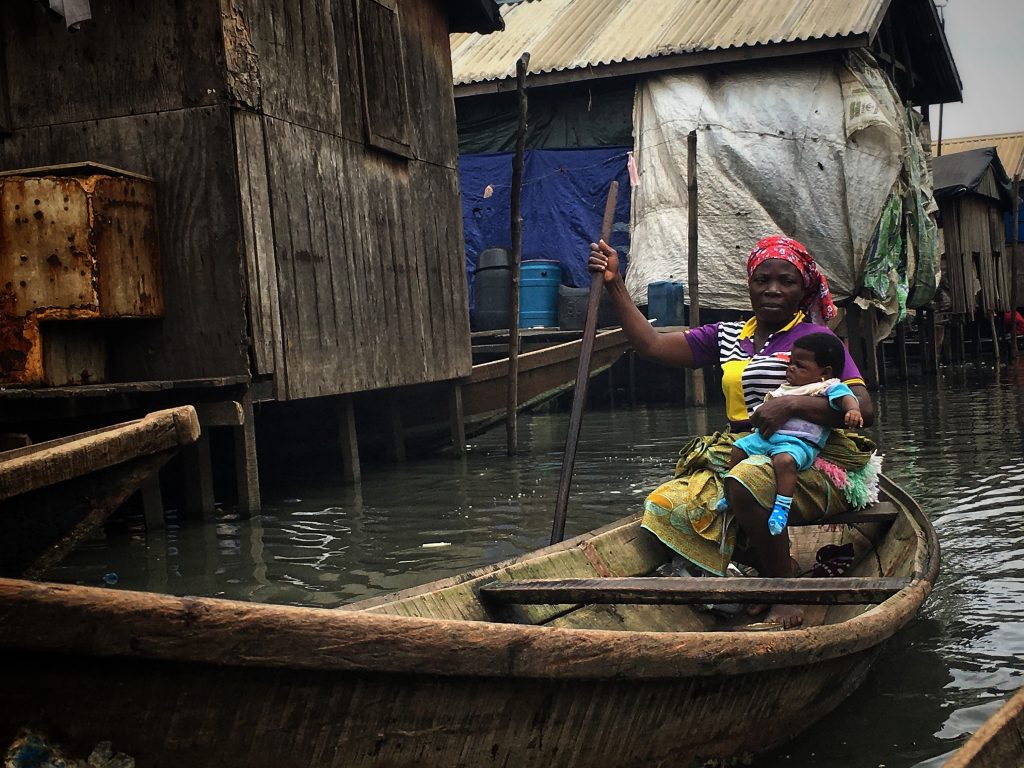 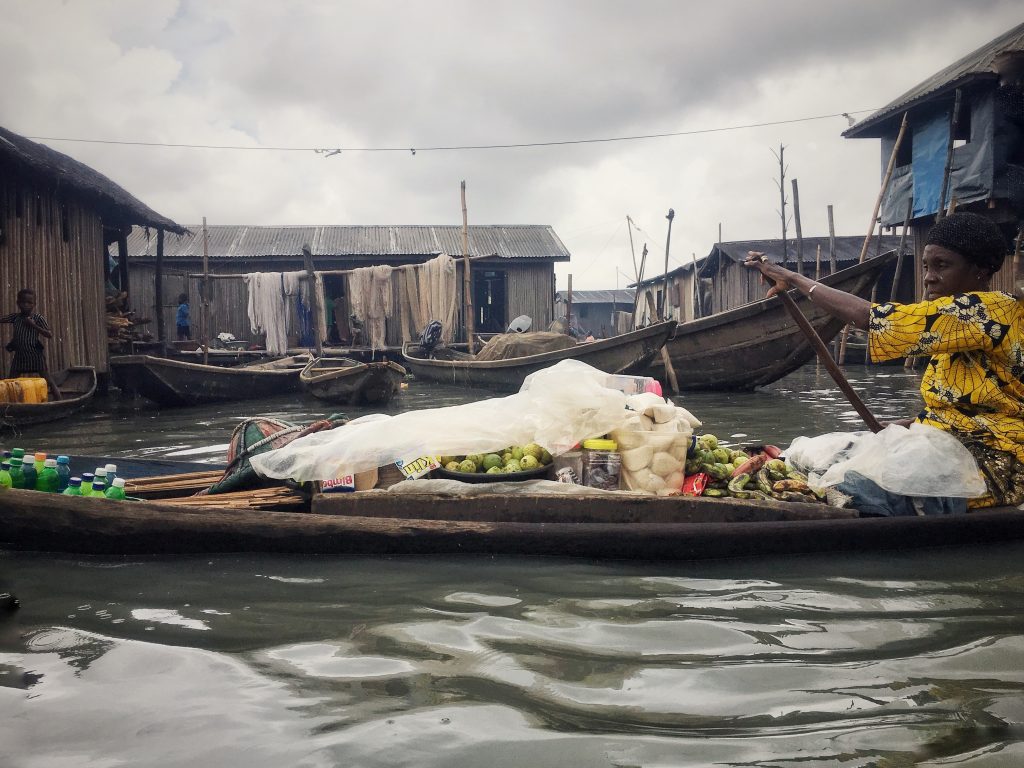 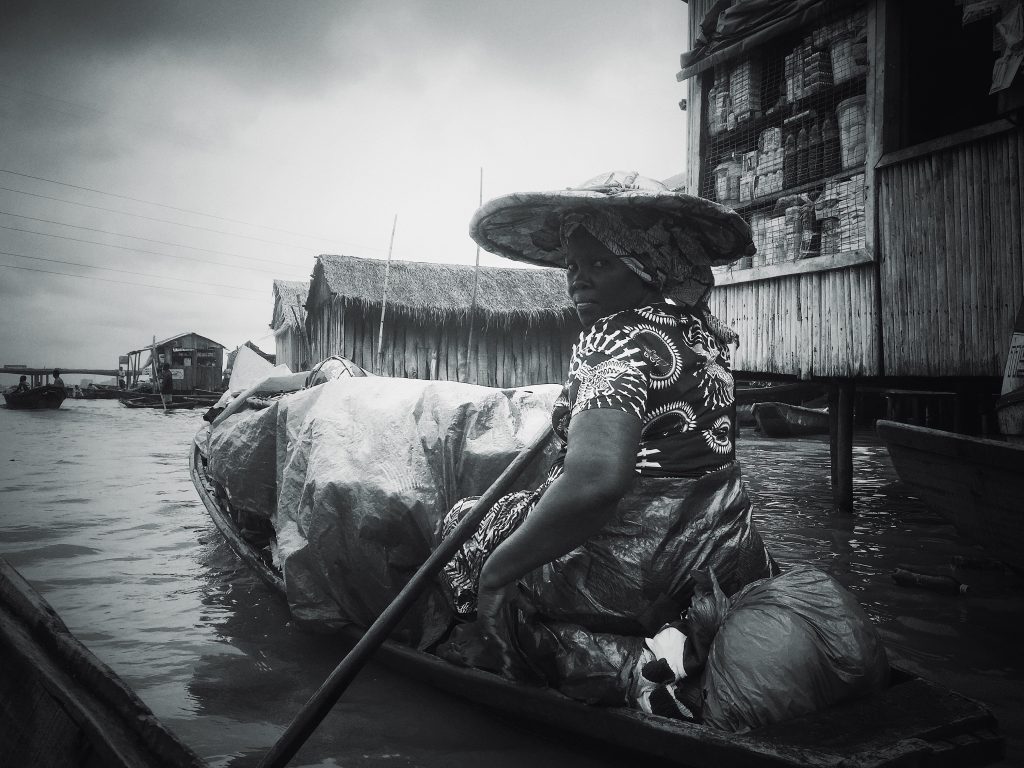 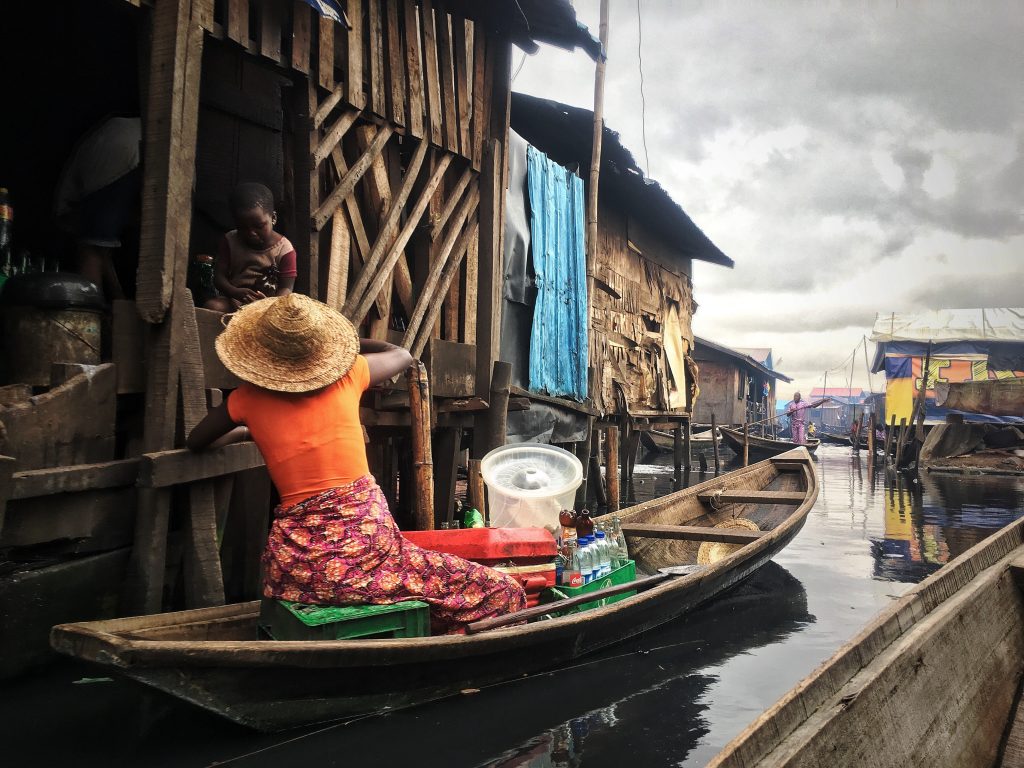 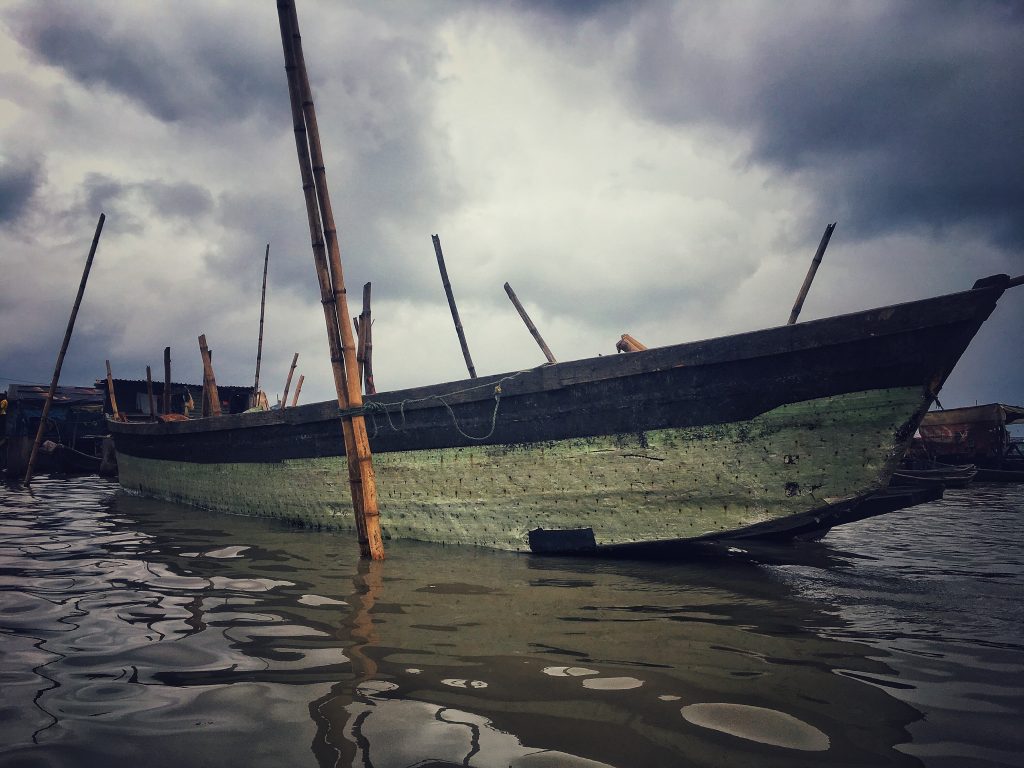 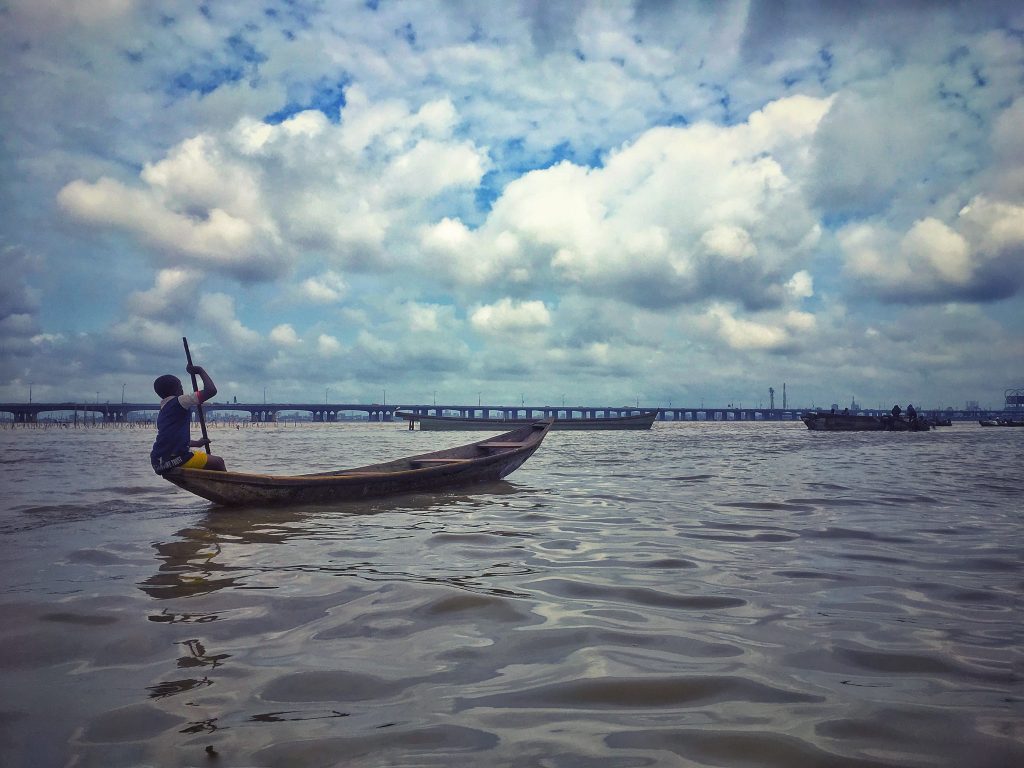 Shots and words by (c) Catar Photography.
For more breath-taking shots and to keep up to date with my journey of discovery, follow me on IG @catar_photography