In our last post, we told you EVERYTHING you need to know about the ‘animazing’ Sumu Wildlife Park in Bauchi. In this post, relax and read about the legend that is Olumo Rock because this tourist destination does rock! ? 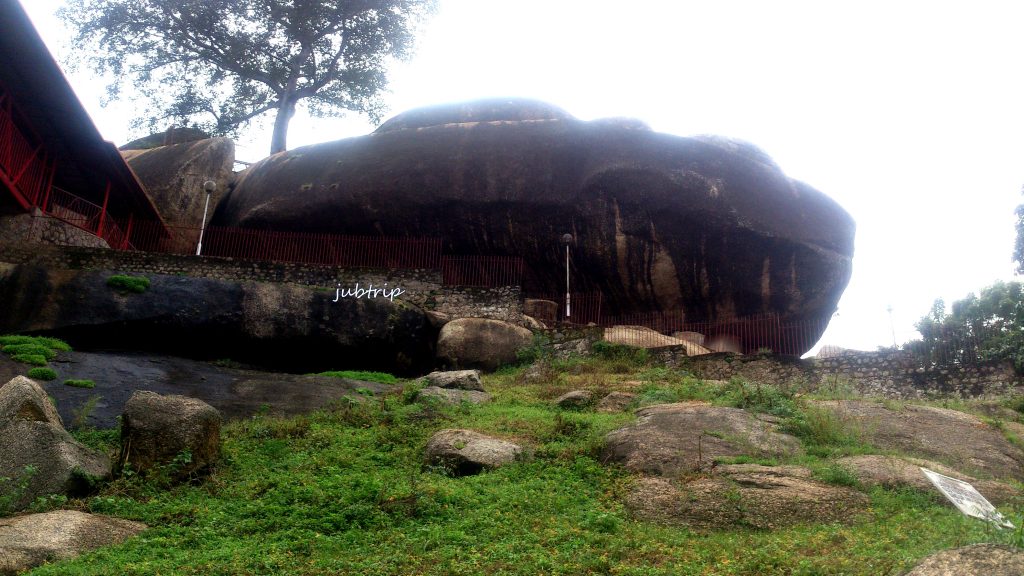 Just like a song, in the midnight tales and the stories told to the children gathered in circles as a history, shall I begin this tale. Today, I will tell a story about a rock, so that tomorrow another will hear like I did, go on an adventure and write a better story of Olumo rock, Ogun State, Nigeria.

Olumo means “all the troubles and sufferings were over”. A saying linked to the story of the people of Egba land. In the 1800s, the people of Egba Land were under attack and this caused a number of them to seek refuge in safe havens. Legend has it that a hunter, named Adagba, led them to a rock. With the surrounding fertile wooded Savannah and the presence of Ogun River, they believed they had arrived at the promised land. That rock is present day Olumo rock which acted as their form of defence and a monitoring post for watching out for enemies. Olumo rock has an underground with 5 bedrooms which have several features. There are grinding holes for cooking and blending pepper and all sorts of seasonings during the hideouts.

Jeff, short for Jeffrey, was the name of my Tour Guide. He passionately narrated the story of the rock as Iya Orisa would have done. Iya Orisa, also known as Chief Mrs Sinatu Aduke Sanni apparently grew up under the rock and has witnessed the coronation of about four Alake of Egbaland, she strongly believes in the god of the rock which has been protecting her. She is allegedly 131 years of age. *wink*

Olumo rock was turned into a tourist attraction in 1976 and later commissioned on the 3rd of February 2006 by Chief Olusegun Obasanjo. The top of the rock appears like a female giant with full features protecting her people. 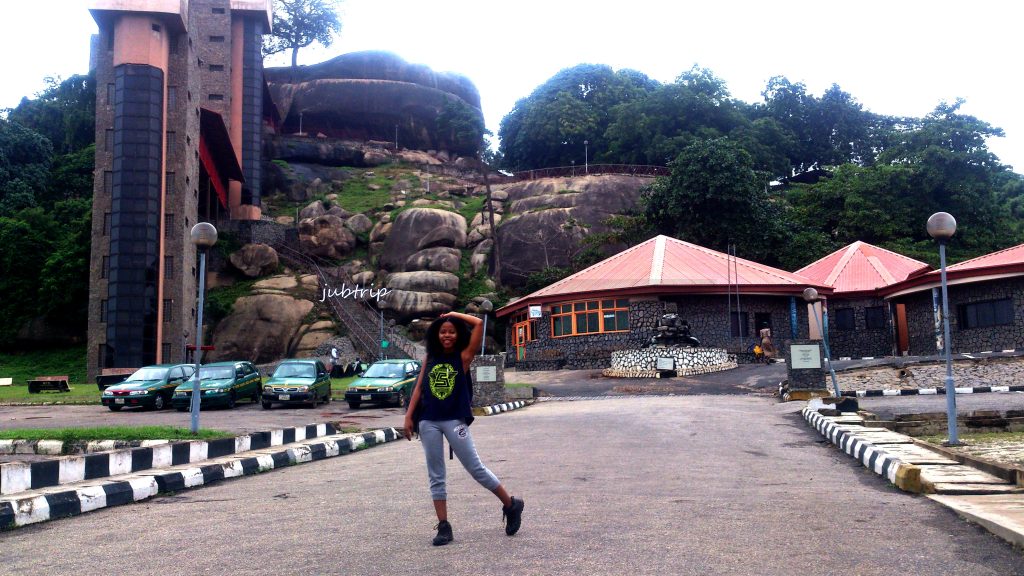 The highest point on the rock 137 meters above sea levels so as you can imagine, not everyone has the stamina to hike to the top, not with our eba and amala diet in the country. In order to ensure everyone has a chance to take in the breath-taking view at the top, the centre has three elevators with a total of 20 floors and the last floor lands visitors at the top of the rock to soak in the panoramic view from that height.

THE TOUR OF OLUMO ROCK

As a popular and populous city, with one of the most visited Tourist attractions in Africa, Abeokuta stands in history as home to legends and a place that will remain forever uncontaminated.

Olumo rock is Located in the serene neighbourhood of Ikija in Abeokuta, the capital city of Ogun state.

They are several stories to look out for including The story of the ‘Panduru’ tree believed to have the power of granting women in need of enlarged breasts their wishes, this will put Dr. 90210 out of business :). There is also the story of the shrines: The shrine of Ogun the god of Iron, the shrine of Esu, the shrine of Orisha Obaluaye, the five shrines of the priestesses,  all located underneath the Rock.

All of the shrines depict the symbol of power which they withhold in ensuring the rock stands and function as it does today. According to our Tour guide, without them, Olumo rock is just like a stone without a story laid around to be passed by. Word! 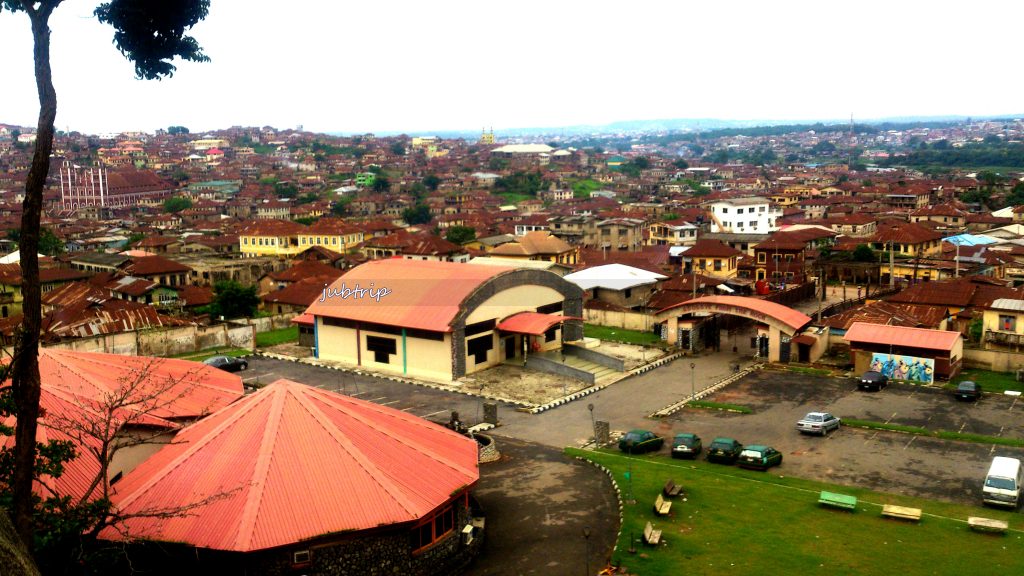 THE PEAK OF OLUMO ROCK

Once you finish your ascension to the top of Olumo rock, you have to go wow!!! This is because when you look down, you can see the town far beneath your feet and catch a glimpse of the following:

The beautiful view of the ancient city

A view of the first church in Nigeria

The family house of late Abiola

However, the scratches and traces of the ancient lives of the people of Egba under Olumo rock is still visible.  To the people of Abeokuta, the story will  remain and will be told from generations to generations.

To read our other guides and blog posts, follow this link.