Everywhere you look, there is history, from abandoned buildings to your grandparents’ photos. 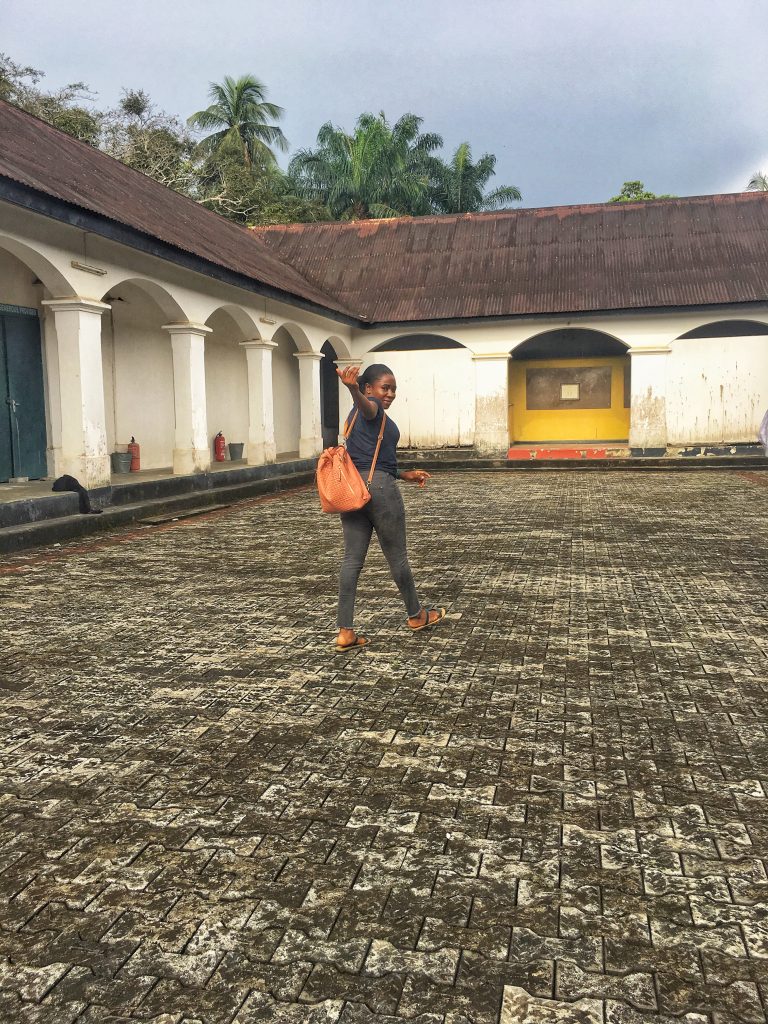 History is all around us, living and waiting to be discovered. Let me take you into the world of the Living History Musuem of Chief Nanna Olomu in Koko, Delta state. I knew I had to visit the musuem after I stumbled upon some captivating photos as I was fascinated by the rich history displayed in his home as seen in pictures.

Nanna Olomu’s palace as it was fondly called is situated in Koko town, Warri North LGA of Delta state. A town founded by late Chief Nanna. The entire palace was built through direct labour by Nanna, his sons and relatives. The musuem is his palace housing his personal belongings and gravesite, yes he was buried in his bedroom.

These photos depict how flamboyant his lifestyle was and the musuem can be easily located by visitors, just by asking for directions from the locals. It is not open to the public and you would need to call the curator (Mr Wilson Onime on +2348034522138 or +2348034522138) beforehand to state the purpose of your visit and then schedule a visiting time.

At the entrance you are greeted by this imposing monument of Chief Nanna Olomu. The musuem was built with clay and stands tall for almost 3 centuries, I almost hit the sky just thinking about how privileged I was to be standing in a place that was way older than me, and my parents. The feeling was out of this world.

You are advised not to touch any of the items displayed. Simply observe, admire and with the permission of the curator, take photographs. The rooms are labelled according to its usage and they are not properly lit so to take clear pictures you would need a phone with a high mega pixel.

In one of the rooms, the walls have displays of framed photos of close friends of Chief Nanna amongst whom were Tonwe Ogiri, Fregene Omatseye, Chief Ogbe Yonwuren, George William Neville and Seidu Olowu. You can’t miss the intricately carved designs of the chairs, not to mention the fine china wares and bronze cutlery, at this point, permit me to say I have never seen anything like this before!!!

As I took these pictures, kneeling, shuffling from one foot to the other to get the perfect pose and lighting, I couldn’t stop saying wow ?. Who could blame me, as I have never been to a living history musuem before now. This is the only living history musuem recognized by the federal government in Nigeria, it’s so rich in Culture, you need to see it to appreciate the legend Chief Nanna Olomu.

If you are visiting, please go with an open mind, ask sensible and knowledgeable questions and show appreciation in cash or kind, though it’s not compulsory and it’s free to enter/exit. This place is an untapped tourist attraction and VisitNigeriaNow has taken steps to give it some well needed publicity by listing it as one of the top destinations in Delta, you can find the link here.

I went there solo, and took my sweet time listening to the history as told by Pa Tony Nanna (one of the grandsons of Chief Nanna Olomu). I have added to my knowledge bank and aesthetic value. This write up was borne out of the need to inform, educate and inspire you to travel and explore Nigeria. In the words of Eduardo Galeano ‘‘history never says goodbye, history says ‘see you later’’

Of course, I cannot write about the living history museum without introducing the legend Chief Nanna Olomu. Chief Nanna Olomu was born around 1852 in Jakpa, Itsekiri region and his real name was Eriomala, the name ‘Nanna’ was a pet name which eventually stuck. He was known as the merchant prince of the Niger delta.

Nanna was a plutocratic Governor and his reign lasted from 1884 to 1894. He dealt in palm oil and timber and also traded slaves and had a close relationship with the British government. When this went sour, he was exiled to modern day Ghana but freed later on. He died in 1916 but to get a more juicy tale, you need to plan your visit and hear it first hand.