Benin City Museum is a national museum located at the centre city around King’s Square. The museum has a significant number of artifacts related to the Benin Empire such as terracotta, bronze figures and cast iron pieces. The museum houses three galleries. The ground floor houses the Oba Akenzua Gallery which contains artifacts from Benin City.

The second floor houses some of the artifacts from within the city and those from neighbouring communities around the state and Delta State, while the second floor, known as the Unity Gallery, houses artifacts from around the country. Among the artifacts at the Oba Akenzua Gallery is a bronze casting of the head of Queen Idia. The history of the Benin Kingdom cannot be completely told without extensive mention of Queen Idia, But for her doggedness, perseverance, patience and encouragement, the Kingdom would probably not be in existence today.

Legend has it that the Benin Kingdom, then under the reign of Oba Esegie, was faced with the threat of war from the neighbouring tribe, the Ida’s. The victory against the Ida’s, it is told was also aided by the shotguns provided by the Portuguese. A sample of the shot gun as well as the bronze casting of a gun powder keg can still be seen today at the National Museum, Benin City.

Founded around the 10th century, Benin served as the capital of the Kingdom of Benin, the empire of the Oba of Benin, which flourished from the 14th through the 17th century. Today, no trace remains of the structures admired by European travellers to the great kingdom. After Benin was visited by the Portuguese in about 1485, historical Benin grew rich during the 16th and 17th centuries on the slave trade with Europe, carried in Dutch and Portuguese ships, as well as through the export of some tropical products. Benin City, a city with an estimated population of 1,147,188 (2006 census) and capital of Edo State, southern Nigeria, is a city approximately 25 miles North of the Benin River.

It is situated 200 miles by road east of Lagos. Benin is the centre of Nigeria’s rubber industry, but processing palm nuts for oil is still an important traditional industry. One of the few remaining tourist attractions which can also be regarded as an object of art is the moat in Benin. The moat not only serves as a source of erosion control, but also a trench for defending the land of the Binis in the numerous wars fought to preserve the kingdom.

The Benin Moats measuring about 20 to 40 ft. There are those who trace the history and traditions of the Jamaicans to Nigeria. They might have an answer in the existence of a dread locked king of the Benin Kingdom, Oba Akego. Oba Akego, may be because of his dreads was said to have possessed mystical powers. A bronze casting of the king and his activities can be found in the National Museum, Benin City.

The Benin people are known for their Bronze casting skills and their arts. Various festivals are held in Benin yearly to celebrate various historic occasions and seasons. The extraordinary bronzes of the Benin Kingdom in what is now Nigeria exhibit a genius and complexity of style that has continued to astonish the Western world since they first visited in the 15th century.

Their work was brought to Europe following a punitive expedition by the British in 1897, causing a great sensation. also known for their remarkable bronzes. Almost all Benin art was created to honour the King, or Oba, who has reigned, with his ancestors, from the 15th century. Styles have changed over the years. Although similar to many older works, these are all 20th century pieces. Each is still sculpted by hand, and then cast into bronze by the lost wax process.

Plaques were mounted on the walls of the Oba’s Palace and recorded the history of the Benin Kingdom. Most depict the king or warrior chiefs. Also in the museum are samples of wooden ancestral heads cast by chiefs to decorate their shrines. Only the Oba is entitled to decorate his shrine with bronze castings. Part of the objects of art used in the past is made of fired clay or what is known as terracotta.

Though fired clay is not as popular as it used to be, the people of Igbesanwa and Igun communities in Nigeria popularised it then. Also domiciled in the museum is a bronze stool sent by a ruling Oba to the ruler of Portugal to beef up trade relations. The story goes that the Portuguese who didn’t understand its importance made a replica sent it back to the reigning Oba, saying that his people are also versed in bronze casting.

It is said that another stool was made and sent back to Portugal, this time with a more complex design. Door panels were designed then to tell the profession of the dwellers. On 17 February 1897, Benin City fell to the British. In the retaliatory invasion of the kingdom, a 1200-strong British force, under the command of Admiral Sir Harry Rawson, conquered and burnt the city, destroying much of the city’s and indeed the country’s treasured art and dispersing nearly all that remained.

The ‘Benin Bronzes,’ portrait figures, busts, and groups created in iron, carved ivory, and especially in bronze, were taken from the city by the British and are displayed in museums around the world. On display in the museum is a telegraphic stool sent to Oba Ovoramwen by his son. The story is told that the deposed Oba sent a message to his son requesting to know of the happenings in the kingdom. In reply, and for fear of the message falling into the hands of his father’s captors, a telegraphic bronze stool was cast detailing danger, immorality, a new king and the presence of white men in the land.

Getting Here: The museum is located on Ring Road, it is a 10 minutes from the Benin Golf course. It can be accessed by car or taxi. 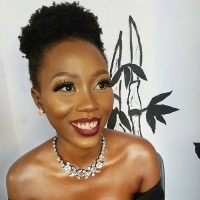