The hundreds of artefacts and historical relics it houses chronicle more than 300 years of the movement of slaves through Lagos. From the early 1500’s, slaves were transported from West Africa to the Americas through Badagry. It’s reported that Badagry exported no fewer than 550,000 African slaves to America during the period of the American Independence in 1787. Journey through the past As you journey through the museum’s nine galleries, you’ll be confronted with sobering reminders of this barbaric industry like trade documents, dated shackles, sketches, photos, sculptures and other salvaged historical records that documented the city’s dark past.

In addition to the Heritage Museum, the entire town of Badagry is a living historical museum — from the 1502 open market where slaves were auctioned off to makeshift Baracoon cells, which were used to keep slaves to the final exit routes used in the 17th and 18th centuries to transfer slaves to the Point of No Return at the tip of the peninsula. The Black Heritage Museum performs an incredibly important function, reminding visitors of a difficult segment of the past. It is also a testament to the resilience of the region. Visiting the museum allows tourists to see a bleak past and learn more about Badagry.

Getting Here: Situated along the Joseph Dosu road which is located off the Lagos Badagry Expressway, it is a 15 minutes drive from the beach town house. 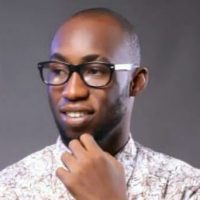