The River Ethiope is found in the Delta State of Nigeria. The River originates from a community called Umuaja and flows through several others before joining the sea at Sapele. The River is shared by four local government councils namely Ukwuani, Ethiope East, Okpe and Sapele with an estimated population of 1.7 million people.

The river is about 50km long. The River Ethiope is a river of outstanding beauty. It is one of the Seven Wonders of the World. It is home to a great biodiversity of plants and animals. The river provides ecosystem services such as flood control, climate change regulation, recreation, spiritual homage, water supply, food, research and education, medicine, building materials etc to many communities through which it passes.

Believed to be the deepest inland waterway in Africa, the River Ethiope, unlike sources of other rivers, originated from the foot of a giant silk-cotton tree at Umuaja in Ukwuani Local Government Area, Delta State and by the time it courses to Sapele through Abraka, it has become cavernous enough to harbor ocean-going vessels.

Its center of attraction is the uniqueness and its unnatural purity.At most of the points where the river runs across, one could see the bottom of the water from the bank. This had given some people a false sense of shallowness of the river to their peril. Fishes are seen swimming enthusiastically in the water, but rapidly spin out of reach on noticing human presence.

The River currently acts as host to numerous tourist sites and is expected to help with irrigation of the 60,000 hectares of land sited at Abraka for the Federal Government cassava bread and high quality Cassava Flour Development Initiative for a mechanized cassava farm. Tourist to the river source are made to part with either N1,500 or N2,000, according to the discretion of the chief priest, to have a view of the river source.

Location: The River Ethiope is located in Delta State of Nigeria. 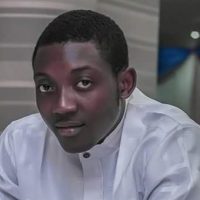