Statue of King Jaja of Opobo

Jaja whose real name was Mbanaso Okwaraozurumbaa was also a savvy political and military strategist, brought to the Bonny Kingdom as a slave, who was perhaps the most troublesome thorn in the flesh of 19th-century British imperial ambition in southern Nigeria.

Jubo Jubogba, also known as Jo Jo Ubam by the Igbo and as Jaja of Opobo, first, by the Europeans and later by most people, was born about 1821 at Úmuduruõha, Amaigbo village in the Orlu district, now Imo State of Eastern Nigeria (Isichei 1976:98).

According to different oral sources, Jaja was sold into slavery in the Niger Delta under circumstances which are far from clear. One version of the oral traditions says that he was sold because, as a baby, he cut the upper teeth first, an abominable phenomenon in traditional Igbo society.

Another version claims that he was captured and sold by his father’s enemy. Regardless, he was bought by Chief Iganipughuma Allison of Bonny, by far the most powerful city-state on the Atlantic coast of Southeastern Nigeria before the rise of Opobo.

The period between 1891 – mid 1893 left Opobo and King Jaja dynasty on trial. But the chiefs of Opobo spectacularly managed Opobo Kingdom until a new successor was named. He was Prince Sunday Jaja. (1893 1915). The Opobo to which Chief Sunday was to rule had not markedly altered in some respects from King Jaja days including the period of his exile. Trade was still transacted in the traditional manner, with the chiefs acting as middlemen between the hinterland suppliers and the European supercargoes. Chief Sundays reign marked remarkable economic and political stability in Opobo. 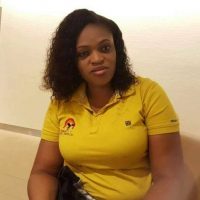