Zuma Rock, sometimes referred to as the “the Gateway to Abuja from Suleja”, is located in Niger State in northern Nigeria. It is among Nigeria’s iconic natural wonders and lies on the border of Niger State and Federal Capital Territory (FCT).

Zuma rock is unique amongst the other rocks in Nigeria because of its human face feature. Zuma rock human face is an interesting sight to behold as it looks straight ahead in the direction of the setting sun.

Since time immemorial, the face has remained unchanged, a face that threatens to swallow any passersby. The majestic rock is depicted on the hundred naira note of the Nigerian currency.

Facing the Abuja-Kaduna expressway, the human faced rock conspicuously appears to swallow the road, rising majestically to a height of about 700m. A vantage spot called the Zuma Rock Nigerian Village was constructed behind the rock to house tourists. The rock is believed to be the watchman of F.C.T because of its face.

Travel Tips The climb to the summit of Zuma Rock is a steep one and can be dangerous for those who are not prepared. Be sure to carry the following travel kit for climbing Zuma Rock along with you while planing your trip.

Climbing rope Helmet Hiking shoes You also need the company of an experienced climber How to Get to Zuma Rock The closest airport to Zuma Rock is Minna Airport which is located in the capital city of Niger State.

Nnamdi Azikiwe International Airport in Abuja is also within close proximity to Zuma Rock. Join a group of rock climbers to get to the summit of the rock in 14 days. Turn round Zuma Rock and capture the face from its southwestern flank.

Wait till evening to capture the sight of the human faced rock silhouetted by the seductive fires of sunset. Visit the Zuma Rock Nigerian Village constructed just behind the rock Go hiking and mountain climbing in the rock’s terrain.

Admission into Zuma Rock The rock is easily accessible to everyone. However, you might be required to pay a token before climbing the rock.

1. Located along Kaduna Abuja highway, Niger State. Zuma is a beautiful, giant of a rock used for defensive purposes by the Gwari natives against invading neighbouring tribes during the inter tribal wars.

3. The iconic images of Zuma Rock appears on the 100 Naira bill (National currency)

4. This rock is believed to posses certain powers which rendered enemies powerless and provided the natives with a good hiding places.

5. What makes Zuma Rock particularly special is that the natural contours in the rock face leave the image of a human face with a visible mouth, eyes and nose.

6.  Zuma Rock is twice as high as the world famous Uluru Rock in Australia and more than four times as high as NECOM House, Nigeria’s tallest building.

7. Zuma Rock represents a beautiful and unique natural work of rock formation. If offers a good environment for picnicking and relaxation. Courtesy of Jumia Travel

Getting Here: Directions for Driving to Zuma Rock from Abuja: Take the A234 out of Abuja and continue past Kubwa until you get to the Madalla junction. Once you reach the junction, make a right onto the Daura Road (A2) and continue travelling northwards towards Kaduna until you see the Zuma Rock on your right hand side.

Nearby Attractions: The Mustard Restaurant & Bar 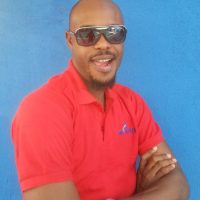